A friend asked me how we could make a system that would automatically spin a wire pay-off station for concrete steel bars in coils. See my idea.

This machine is an automatic stirrup bender and has two of these stations where you can put different coils, as you can see in the image below. However, when the iron coil is full, the machine could not work as intended, due to coil's weight, so a person is needed to help the machine by pushing the coil, so the machine can pull the iron until its weight can be handled by the machine itself.

So my idea was to make a motor to help the machine pull the coil by auto rotating the coil station and thus, there is no need for a worker to be there and rotate the station with its hands.

The system has a foot switch, so a worker can work it manually, or it can do the job automatically with an arduino. The reason why a control system is needed, either manual or automatic, is due to the coil, if the spinning wheel were rotated continuously and without control, the coil can be messed up very quicly.

Below is the electric system. It includes thermal protection for the motor and two relays, one for forward and one for backward move of the motor. Everything is being controlled by an Arduino but can also be controlled manually with a foot switch. 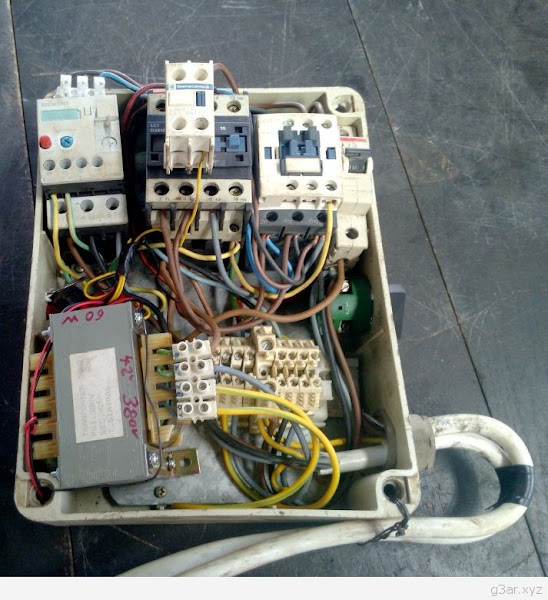 To activate the Arduino, I got an output signal from the machine. So, with that signal, which it was there for the brake of the station, I programmed the Arduino to count how many times this signal came on and off and change the rotation speed accordingly.

A machine similar to the one I worked on


For instance, if the machine had to do 5 movements to complete a piece of iron, the Arduino measures the first move and if the last one was small, it made 4 turns forward and one backwards, to keep the coil at its place, otherwise it continues turning the station.

See the motor in action 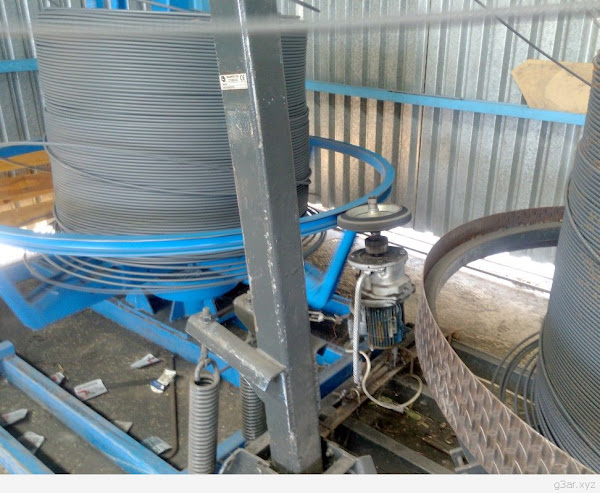 Welcome to my blog. My name is Akis Mparekas. I am a freelance web developer. I like to make different things, either for work or hobby. I love good beer, bad movies, and anything retro.

Automatic "up" limit switch for an overhead crane